The increasing needs of crude oil imports into the EU, sourced from different markets to the Russian one, is bringing producers like Guyana to the foray. This development is already proving to offer a boost in specific tanker classes, like Suezmaxes and VLCCs. In its latest weekly report, shipbroker Gibson said that “since the start of oil production in 2019, Guyana has been on a consistent upward trend in terms of crude exports. A big jump in exported volumes has been seen since April 2022 as the South American producer ramped up its production. The country is becoming an increasingly important source of future output growth. Guyana is estimated to hold recoverable reserves of approximately 11 billion barrels, and this could increase further as more offshore discoveries are made. This year’s geo-political developments have made it even more important as traditional buyers of Russian crude seek alternative supplies, with Guyana well positioned to expand its market share in consuming regions such as Europe and the Far East. To develop its petroleum industry Guyana is working alongside a consortium of wellknown international partners with $30 billion already committed in terms of investment”. 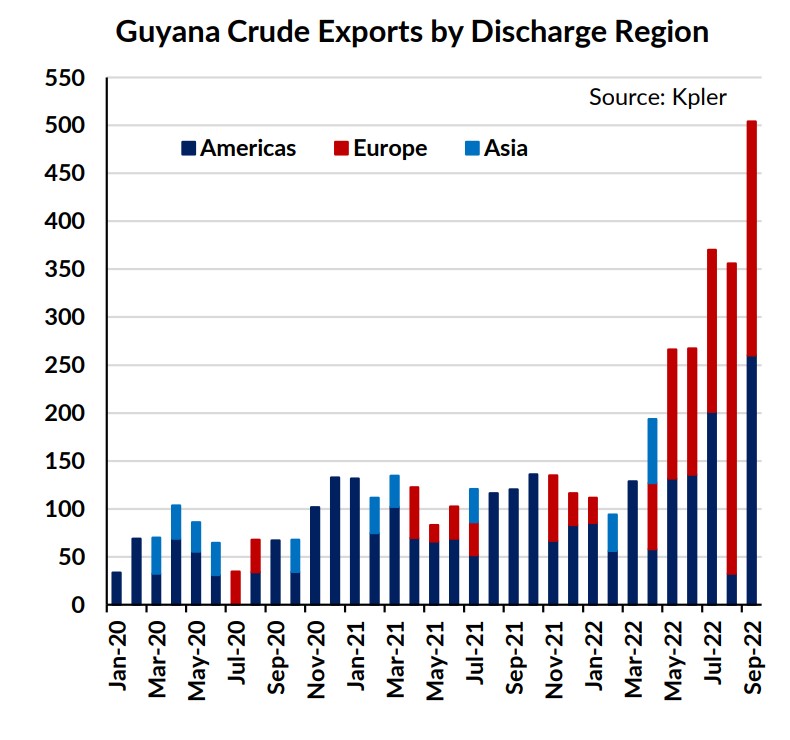 According to Gibson, “as of July, Guyanese output reached 360 kbd with a target of 380 kbd by the end of 2022. Longer term, production is being targeted to reach 1.2 mbd by 2027. Thus far, production increases have been attributable to the ramp up of production from the 140 kbd Liza Destiny and 240 kbd Liza Unity FPSOs in the Stabroek Field. Trade flow data shows Guyanese crude exports are at record levels as of September 2022 with 505 kbd being shipped. This trend is reflected in our fixture data, which shows an increasing trend in the number of vessels fixed to load Guyanese crude. Traditionally, much of these volumes have been shipped regionally to Latin American importers, in particular Brazil and Panama where this crude is transhipped to the USWC via the Trans-Panama Pipeline. However, there has been a clear trend of increasing flows to Europe”.

The shipbroker added that “this has primarily benefitted larger Suezmax tonnage, although VLCCs are also playing an increasing important part with the latter being an important player in Guyanese trade on both shorter haul runs to the Americas as well as longer haul to European buyers. To raise production further, two further FPSOs are planned, which between 2023 and 2025 will add an additional 470 kbd of capacity. Further capacity increases and production optimisation will be critical in bringing overall output up to the 2027 target of 1.2 mbd. Guyana is also benefitting from having a lower carbon intensity in its upstream sector. On average, offshore Guyana production has a Co2e/boe of 9kg versus a global upstream sector average of 18kg which may make Guyanese crude grades more attractive for environmentally conscious buyers in Europe and Asia”. 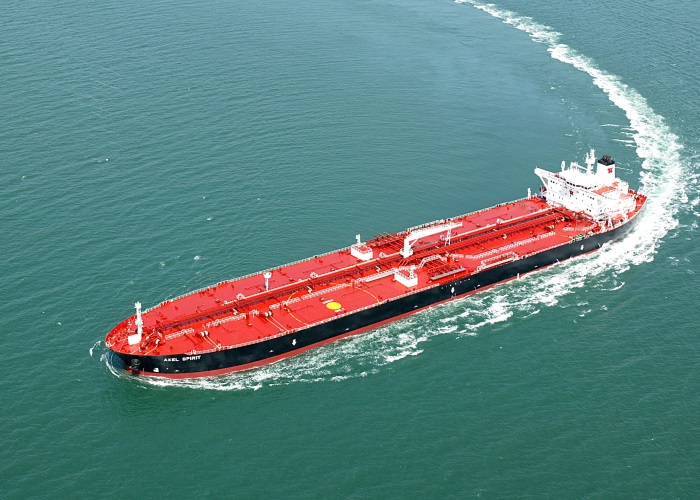 Gibson concluded that “the current higher oil price environment and strong demand for non-Russian grades in Europe should help to support further investment and development in the nation’s petroleum. Over the short to medium term once Europe’s urgent need for non-Russian crude has been met and this demand becomes more manageable; additional Guyanese capacity should have come online, and these additional volumes will aid in growing Guyana’s exports to Asia over the longer term. This should allow Guyana to reinvest the proceeds of its oil exports into national development and raising the living standards of its citizens. Fundamentally, Guyana remains an important opportunity for the global oil market in terms of future growth and will benefit larger, longer haul tankers as this output growth comes online”.
Nikos Roussanoglou, Hellenic Shipping News Worldwide