Furthermore, CCC 8 agreed on issues to be considered for the regulatory development of guidelines for the safety of ammonia-fuelled ships. Work on the interim guidelines will continue in a Correspondence Group are scheduled to be finalized in 2024. The work plan for the development of new alternative fuels under the IGF Code was updated accordingly.
Various technical and editorial amendments to the IGF Code fuels were finalized for approval at MSC 107 in June 2023, such as:

Review of the IGC Code
Due to the number and large scope of the proposed amendments to the IGC Code, it was agreed to compile and review these in a Correspondence Group reporting to CCC 9 in 2023 with the aim of developing a consolidated amendment proposal. The amendments will be further considered by CCC 9, aiming for adoption by 1 July 2026 and entry into force on 1 January 2028.

In addition to this, CCC 8 agreed to add a new IGC Code product named VOC Condensate, which is related to reducing vapour emissions during shuttle tanker operation. The product was included through a CCC Circular as an interim measure in advance, to be later included in the IGC Code revision.

Amendments to the IMSBC Code and supplements
The following topics were discussed and forwarded to the Editorial and Technical Group (E&T) 37, to be held from 26 to 30 September 2022, for consideration and implementation in the draft amendment 07-23 of the IMSBC Code: 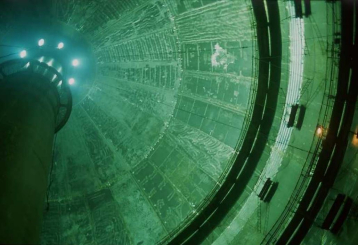 The following topics were sent to E&T 37 for further discussion, with a view to providing further advice to CCC 9:

Amendments to the IMDG Code and supplements
A proposal for amending provision 5.5.4 related to criteria for devices in use or intended for use during transport containing dangerous goods – such as data loggers, sensors and cargo trackers proposal – was agreed for the inclusion in the next amendment (42-24) of the IMDG Code.

Various new proposals for the next amendment of the IMDG Code were discussed and forwarded to the Editorial and Technical Group (E&T) 38, to be held in spring 2023, such as:

In view of the serious incidents caused by fires originating from vehicles, a Correspondence Group reporting to CCC 9 in 2023 will be established to review the transport provisions with a view to improve the carriage regulations and consider appropriate measures to address the hazards posed by the carriage of vehicles.

Recommendations
DNV recommends that customers note the development of interim guidelines for use of LPG, hydrogen and ammonia as fuel, as well as the various amendments to the IGF, IMDG and IMSBC Codes.

As CCC is a Sub-Committee, all decisions concerning rules, regulations and dates are subject to further consideration and approval by the Maritime Safety Committee (MSC).
Source: DNV, https://www.dnv.com/news/imo-update-sub-committee-on-carriage-of-cargoes-and-containers-ccc-8-231976?utm_campaign=MA_22Q3_TRN_No_26_EXT_STAT_IMO%20Update%3A%20Sub-committee%20on%20CCC8&utm_medium=email&utm_source=Eloqua