Dry Bulk Earnings Expected to Remain Subdued for the Time Being


The dry bulk market is expected to remain in bearish territory for the next few months analysts claim. In its latest weekly report, shipbroker Allied said that “there has been a fair amount of distress noted in the dry bulk sector for some time now. For many, the feel is that this bearish period has come a little bit quicker and slightly harsher than initial projections would have shown. On the other hand, the expectation was that at some point the overall market would eventually come under pressure. For the time being, things are very volatile, and there is a strong sense of a lack in direction. Where could we place our focus under such a status quo? Asset price levels are periodically a mere reflection of the market’s sentiment and can potentially be considered a leading indicator in terms of overall momentum. For yet again, we have used technical analysis, and more specifically, the Aroon Trend Indicator.

According to Allied’s Quantitative Analyst, Mr. Thomas Chasapis, “as a quick introduction, the Aroon indicator is basically used to identify trend change points in the price of an asset, as well as the magnitude of that trend. It consists of the Aroon Up line, which captures the strength of the uptrend, and the Aroon Down line, responsible for representing the strength of the downtrend. As an underlying, we used the average price levels for 10-year-old Panamaxes and Supramaxes, which theoretically represent a high share of buying appetite currently within the dry bulk market. At the same time, we extended the analysis over a period of 10 years, to measure how well this technical indicator performs in providing good signals across different market regimes”. 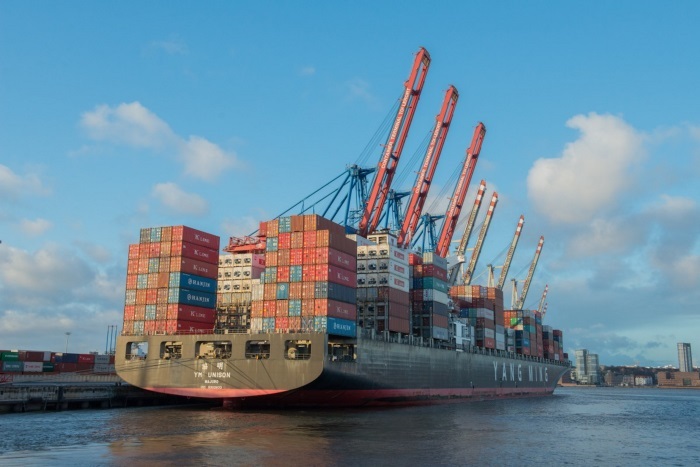 Mr. Chasapis added that “crossovers of the two lines can reflect a potentially strong shift in trend, that can already be in motion at the same time. In the graph below, in almost all cases of a crossover, a strong and prolonged change in trend took place thereafter. Given that this is a backward-looking indicator and not predictive in nature, it might be late in picking up a trend but bears a measure as to how strong any forward trajectory is. 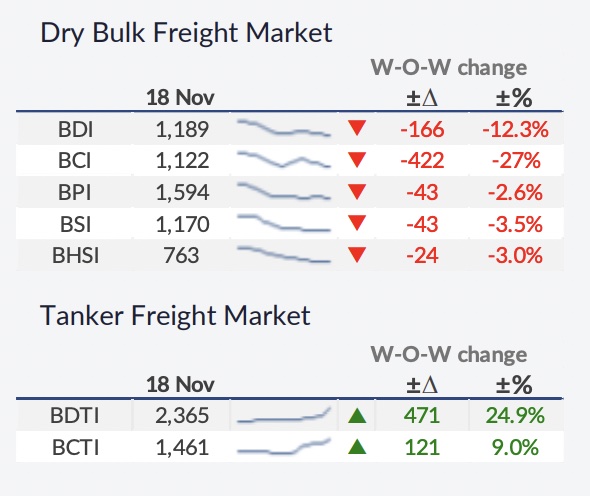 As of most recently, we happen to see a bearish crossover take place during the final part of the summer period. Three months later, we can say that the timing was more than fair, for those being interested in cutting losses and hedging positions. In the upcoming months or so, it would be rather unlikely that any bullish crossover will take place, except if something abrupt shifts the overall market conditions. A “good” scenario would be to aim for short-term stability in the market, which would be represented by both lines falling below the 50 range. This could provide a clear signal for a price consolidation, most probably to periodically “well-defined”, risk-adjusted, and wellsupported (via freight earnings), trading levels”, Allied’s analyst concluded.
Nikos Roussanoglou, Hellenic Shipping News Worldwide