Home » CII: what it means in practice and why a workable clause is essential
Top stories

CII: what it means in practice and why a workable clause is essential

Decarbonising the shipping industry is a multi-layered process where many paths are being tested. The paths explored include research for sustainable alternative fuels, development of technical energy efficiency solutions, improving operational procedures aimed at reducing trading emissions, and much more.

Until sourcing of alternative fuel has been established, most of the world fleet will have limited choice and will run on traditional fuel emitting carbon dioxide. Improving transport efficiency in terms of carbon emissions per deadweight ton-mile is what the MARPOL Annex VI Carbon Intensity Indicator (CII regulation) is all about.

The CII regulation, which takes effect on 1 January 2023, sets out obligations for ships of 5,000 gross tonnage and above of certain ship types, including tankers, bulkers and containerships. The operations of such ships shall aim at achieving at least the required annual operational CII which is the middle point of rating level C on the regulation’s A – E ratings scale.
BIMCO’s focus is initially on the development of a clause for long term time charter parties. Once this work is completed more clauses will follow to help the industry decarbonise. The CII regulation could be the starting point for reframing charter parties or inspiring the development of a new area of shipping contracts. The BIMCO CII clause will, however, be drafted with the aim to fit into today’s charter party formats as we know them; either into an existing one by negotiation or into a new one where the clause can be incorporated in the standard form.

What is legally required?
A ship must calculate its “required annual operational CII” which is defined as the target value of attained CII for the ship. An implementation plan must be developed as part of the approved Ship Energy Efficiency Management Plan (SEEMP), to document for each ship how the required annual operational CII will be achieved over the next three years.

Within three months of the end of a calendar year, a ship shall report its attained operational CII to its flag state administration. This will determine a ship’s CII rating, from A-E, for the following year. If a ship is rated D for three consecutive years, or rated E, a corrective action plan, also forming part of the SEEMP, must be developed and approved.

It is thus a requirement to aim a ship’s operation towards at least the midpoint of rating “C”. By extension, this places implicit limits on the freedom of contracting, in that allowing a time charterer to operate a ship outside of the implementation plan could well be regarded as non-compliance with the CII regulation.

There is also an important caveat to the non-compliance aspect. Whereas it is a hard requirement to aim a ship’s operations for at least the midpoint of “C”, the ship is still in compliance if that fails to be accomplished by the end of the year. This is because there are many factors outside the control of the owner or the charterer, such as weather conditions or delays at port for whatever reasons. In short, you have to try but not necessarily to succeed.

Operational considerations
The attained annual operational CII is calculated using emissions from fuel burnt. These emissions will vary depending on a ship’s trade. The distance travelled between ports, the length of port stays, the speed and performance of the ship, the weather, and other factors influence the amount of fuel burnt over distance travelled by the ship in that year.

In a recent study, the CII of identical sister ships of an older design on different trades were analysed: one ship achieved a poor CII rating because it was employed in the spot market and spent more than half of the year at anchor between charter parties, waiting for the next job. The ship was a good performer during the rest of that year when it was actively moving cargo. But when a ship remains idle for extended periods at anchor or in port, running the generators to power hotel loads, the attained annual operational CII suffers. With no accumulation of miles travelled, this has a significant negative impact on the CII and resulting rating.

At the other end of the spectrum, a sister ship achieved a grade of “B”. Examining the operational profile that year, this ship was kept very busy on long voyages. Long voyages are highly favourable in the CII calculation because they result in less time in port. 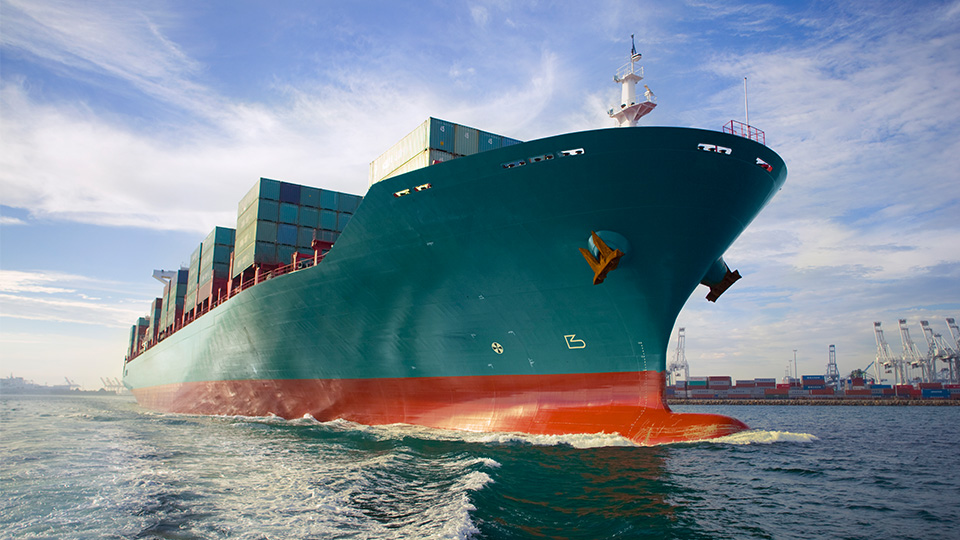 In addition, a CII rating only says something about a ship’s performance in the previous calendar year and not how it has performed so far this year, nor how it will perform tomorrow or for the rest of the year. A ship can be an “E” rated ship one year and a “B” the next.

Commercial considerations
As the example above compares sister ships which are operated by the same company, it is apparent that the significant difference in ratings is not attributable to the ships’ design or their efficiency of operation. Significant factors affecting the CII rating are the length of sea voyages (which is determined by the available charter parties) and the waiting time at anchor (resulting either from quiet periods awaiting the next charter party or caused by congestion in ports due to overloads in demand).

The IMO has decided against applying adjustment or correction factors related to port operations and waiting time prior to the implementation of the CII regulation and will only review these factors by January 2026. The challenge in developing a suitable contractual clause lies in the fact that the required annual operational CII can only be achieved if the time charterers agree to plan their operations and cooperate with the owners in a CII optimal fashion. Such fashion is not necessarily good business for a charterer.

Traditionally, time charter parties provide the charterers with full use of the ship when it comes to how they perform the trade. When the CII regulation comes into effect on 1 January 2023, an owner chartering out a ship on a long-term time charter party will need the charterer to accept some limitation in the freedom to trade the ship. If not, the owner could likely be breaching the regulation. This calls for collaboration and trust.

Drafting considerations
From the outset the BIMCO CII drafting committee has been focusing on producing a fair and balanced clause which will be adopted by the industry. Balancing the interests and producing a clause which helps owners comply with the CII regulation, and yet is agreeable to time charterers, is not an easy task. The drafting committee is working hard to produce a draft which will be acceptable to both parties.
Critical issues that will be solved in the process include:

In addition, there are still some unanswered questions:

Firstly, how will the implementation plan be enforced by each flag state? A subcommittee at the IMO has already debated if port state control should be able to detain a ship over failure to implement the plan as stated, but this was initially dismissed. The issue may however return at the next Marine Environment Protection Committee (MEPC) meeting as some IMO member states are adamant that enforcement should be controlled.

Secondly, there is concern amongst owners that low-rated ships will be penalised on the future charter rate. This is one of the conundrums of the CII; it is a misunderstanding that the rating reflects a ship’s efficiency. It does not. It is a rating of last year’s commercial performance of a ship.

During this period, we will provide members with further information to explain the CII regulation and related BIMCO clauses, including hosting a series of webinars. The first webinar takes place in September on the topic of the BIMCO Emission Trading Scheme Allowances (ETSA) Clause for Time Charterers.
Source: BIMCO