Home » 1 in 5 container vessels globally is waiting outside a congested port -of which 27.7% in China
Top stories

1 in 5 container vessels globally is waiting outside a congested port -of which 27.7% in China


On April 5, 2022, Chinese authorities decided to expand a previously limited lockdown in Shanghai to put the entire city of 26 million residents into quarantine. Shanghai became the largest city to go into lockdown since the beginning of the COVID-19 outbreak. The city’s port is the largest in the world in terms of container throughput and the effects on global shipping were soon to follow. As data pulled from Windward’s Maritime AI platform clearly shows, lockdowns in China are heavily impacting the congestion outside the country’s ports, as the number of container vessels waiting outside of Chinese ports today is 195% what it was in February. 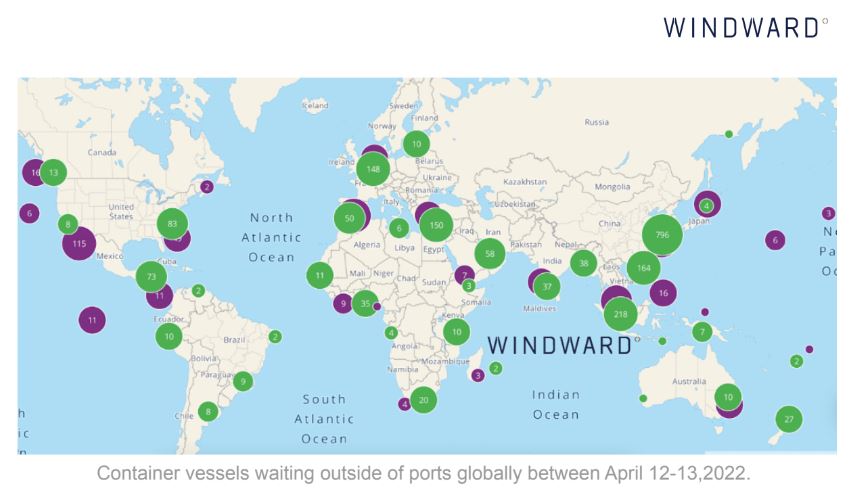 The trend is very clear – in the April and March snapshots, there were 506 and 470 vessels, respectively, stuck outside of Chinese ports. In February, that number was only 260. In essence, lockdowns in China have nearly doubled the congestion outside the country’s ports.
Source: Windward

A pileup of empty containers building in the US east and west coast, repatriating empties major challenge in mid to long term