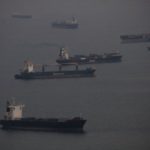 
The decoupling of the 2M alliance agreement with MSC in 2025 leaves Maersk in a tight spot. The Danish mega-carrier is too big to join an existing alliance and too small to go it alone.

Despite all of the protestations from the two parties, the intense speculation that the 2M alliance partners MSC and Maersk were about to divorce has become reality.

Today’s joint statement read: “MSC and Maersk recognize that much has changed since the two companies signed the 10-year agreement in 2015. Discontinuing the 2M alliance paves the way for both companies to continue to pursue their individual strategies.

We have very much appreciated the partnership and look forward to a continued strong collaboration throughout the remainder of the agreement period. We remain fully committed to delivering on the 2M alliance’s services to customers of MSC and Maersk.”

The end of the alliance has seemed increasingly plausible as the contractual clock was nearing expiry and because both partners have steadily developed more standalone services.

The two companies have been on very different growth paths for some time. MSC has been getting its tanks on the lawn by aggressively raiding the second-hand and charter markets, as well as splurging on new orders (see Figure 2). Maersk, on the hand, has focused on its vertical integration strategy and has not sought to defend its number one rank.

It would seem that MSC believes that it can better utilise these ships on its own, untethered by a partner with different priorities. There is a risk that, because MSC will have to fill those ships on its own (notwithstanding potential future VSA or slot charter agreements), it will return to its old market share/low-cost model, which could destabilise the market.

But the bigger question is: what will happen to Maersk?

Some BCO clients of Drewry have said that after contract talks, they think that the company is suffering from something of an identity crisis, unable to express what the integration strategy means in reality.

Maersk has invested so much money and effort to the integrator strategy that it is hard to see it backing down now. The new CEO Vincent Clerc was around when that pathway was chosen so we don’t think his appointment heralds any shift.

Its relaxed view on market share growth puts it in a tough spot. As things stand, Maersk will not be able to offer the same liner coverage as it does now by operating as an independent. Yet, such is its size that competition authorities will probably block any move to join one of the other two alliances, which are contractually committed beyond the termination of 2M in 2025 (Ocean Alliance runs to 2027 and THE Alliance to 2030).

While a radical shake-up of the alliances might be a remote possibility, it is certainly on the table. Such an event could lead to carnage in the freight rates market as new members court shippers over to their new teams.

One other scenario could see Maersk muddle through with ad hoc vessel sharing and slot-swap agreements. Another is that they quickly ramp up their fleet size via S&P and the charter market.

It certainly feels like the end of 2M was initiated by MSC, which seems better equipped for independent living than its partner.

The end of 2M throws up big questions for Maersk. Can it persist with its integrator strategy and at the same time maintain its liner connectivity?
Source: Drewry

Ice class Tankers are the talk of the town 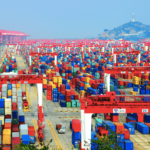