The Minister of Maritime Affairs and Insular Policy, Giannis Plakiotakis inaugurated today the two New Panamax specially designed STS Cranes of ThPA S.A. In a symbolic ceremony held at Pier 6 of the Port of Thessaloniki in the presence of company executives and the Media, Mr. Plakiotakis gave the signal for the official start of the operation of the cranes and the loading of containers on a docked ship.

The new equipment provides the ability to directly serve main liner vessels of up to 14,000 TEU (New Panamax), contributing significantly to the attraction of new lines. With the supply of the new equipment, with a total value of €15.7 million, more than 80% of ThPA S.A.’s Mandatory Investments in mechanical equipment was completed. In addition, the production capacity of the Container Terminal is significantly upgraded and the international competitiveness of the Port as well as the role of Thessaloniki as the main gateway for international trade activities for the wider region of the Balkans, Southeast, Central and Eastern Europe is further strengthened. 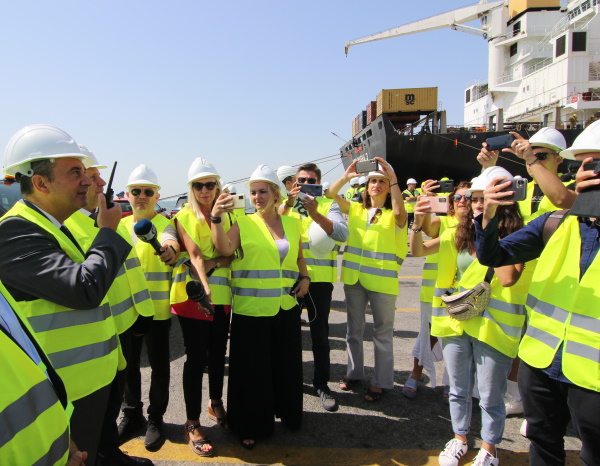 The Minister of Maritime Affairs and Insular Policy, Giannis Plakiotakis, hailed the commencement of the operation of the new cranes, by highlighting: “Strengthening the position of Greek ports in the trans-European transport networks is a priority for the Ministry. The investments that ThPA S.A. is implementing in new mechanical equipment are in line with this direction, as they strengthen the position of the Port of Thessaloniki in the international port scene. Therefore, a little before the opening of the 86th TIF, I am pleased to be present at a particularly important event for the port, which is a key enabler for the development of the city and the wider region.” 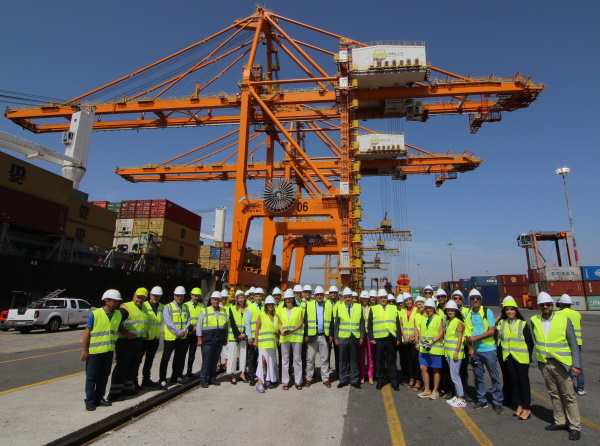 The Executive Chairman of the BoD & Managing Director of ThPA S.A., Thanos Liagkos, stated: “At ThPA S.A., we implement a comprehensive investment plan, which focuses on our company’s role as a gateway to growth. The upgrading of our equipment and infrastructure is an integral part of this plan. This way, we create significant added value for the local and the national economy, as well as for all our business and social stakeholders”.
Source: ThPA S.A.