The Easter Holidays haven’t been enough to put a halt in the “red-hot” ship demolition market. In its latest weekly report, shipbroker Clarkson Platou Hellas said that “the recycling industry continues to surpass expectations with the recent historical firm rates showing no sign of a turnaround, particularly from India and Pakistan. A lull, however, has descended on to the market due mainly to the forthcoming Easter holidays over the next two weeks which will further contribute to the lack of supply of tonnage and subsequently, keeping the positive sentiment intact. We are also now fully into Ramadan which will further slow activity and interest down until the end of the month. Looking at the individual markets, Bangladesh recyclers are certainly lagging behind their counterparts from India and Pakistan with them seemingly having little interest to acquire new units”.

According to the shipbroker, “demand for new tonnage is very low at this current time as the domestic steel mills at Chattogram are not supporting the recently high-priced acquisitions. Indian sentiment remains favourable with strong demand to purchase new tonnage on the back of supporting domestic steel markets. Pakistan is also currently witnessing encouraging rates, however the political upheaval seen in the media this week may create some tension internally and subsequently may hit price levels. The levels recently paid by some cash buyers are not being economically supported by the recyclers at Gadani as those units remain unsold. The new Government resembles an alliance of four parties, hence the instability may affect the market in the future months”, Clarkson Platou Hellas concluded. 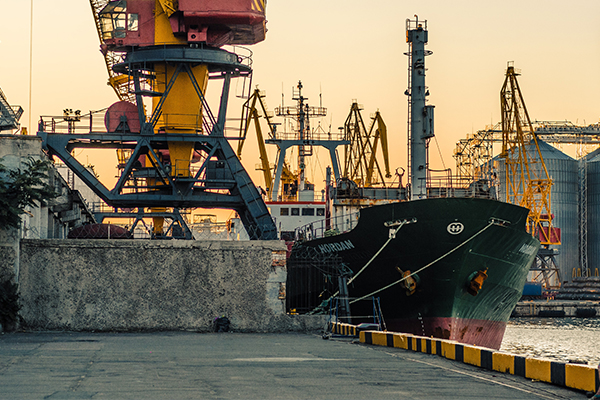 In a separate note this week, GMS , the world’s leading cash buyer of ships added that “with holidays descending across the Indian sub-continent for Ramadan / Eid celebrations and the rest of the world prepares for Easter weekend, it has been a comparably quieter week in terms of sales and activity. Levels remain firm in Pakistan and India whilst Bangladesh remains somewhat muted, with domestic steel mills still refusing to engage local yards in negotiations at these higher overall levels, as Bangladeshi steel plate prices start to reflect some of the steel volatility from India. Notwithstanding, it is expected that the Bangladeshi market will likely come back into the fray once again, especially after a month or so on the sidelines as steel prices (though volatile) remain strongly placed and this has perhaps been a period of consolidation over the traditionally softer month of Ramadan. Away from the sub-continent waters, the Turkish markets remain muted, with declines in local and import steel, resulting in a quieter and (like the sub-continent markets) a silent week.

Overall, the supply of tonnage also remains rather sparse, with fewer wet (large LDT) units to speak of recently, given that charter rates have picked up significantly on select routes. Dry and Container sectors have also been performing rather well and this has led to an overall decline in firm and workable candidates for most of the year thus far – despite some repeat record numbers at decade-long highs above USD 700/LDT. As such, the recycling markets remain on a firm footing overall and as the second quarter of the year gets well underway, there certainly seems as though there is still more positivity and optimism moving forward, primarily on account of continually strong showings on commodity prices and a decent demand / capacity to acquire across sub-continent locations. The Ukraine crisis certainly has its place in adding to this recent volatility in fundamentals and it’s certainly only a matter of time before this party retreats to more realistic levels”, GMS concluded.
Nikos Roussanoglou, Hellenic Shipping News Worldwide

OOCL doubles its income in 2021

Early assessment of mental injury is critical for crew and company

Who accommodates Russian container trade via the Black Sea today?