For the first time in the history of the Brazilian financial market, Wilson Sons (PORT3), Hidrovias do Brasil (HBSA3) and Santos Brasil (STBP3), which are listed on the Novo Mercado segment of the Brazilian stock exchange (B3), have gathered to present their strategies and prospects on the port, shipping and logistics sectors to capital market analysts.

The unprecedented initiative called “Port & Maritime Equities Day Brazil 2022” was attended by domestic and international investors, Brazilian and foreign investment bank professionals, as well as independent equity research analysts. Aimed at the financial community, the event was held in person at Cubo Itaú, in São Paulo, and broadcast live to an online audience. 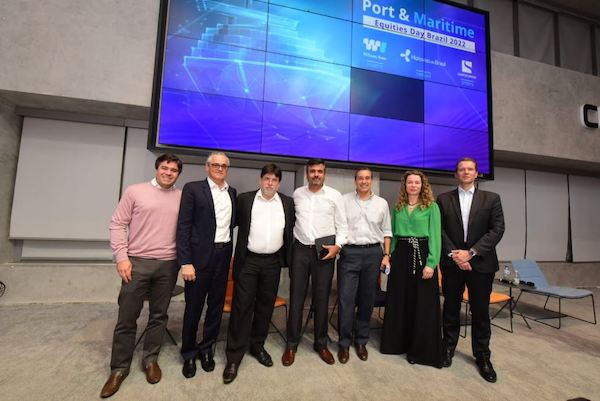 The executives discussed four main topics: “The contribution of the logistics sector to the country’s economic growth;” “The importance of waterways as a sustainable and competitive alternative for exporting commodities originating in Brazil;” “The advantages of waterway transportation and the benefits of BR do Mar;” “The reorganisation of global logistics chains and the opportunities for Brazil.”

Fernando Salek, Wilson Sons’ CEO, said that ports and shipping are the backbone of the global economy with 90% of international trade being carried by sea. In the case of Brazil, Salek pointed out that in 2021 exports and imports shipped by sea and waterways exceeded R$ 2 trillion, equivalent to 25% of the country’s GDP.

“The country’s economic performance relies on its port infrastructure. The sector also plays a key social role by creating jobs, connecting the country and significantly impacting port communities”, said Salek, adding that Brazil has ample waterway potential to be explored. “It boasts nearly 50,000 kilometers of navigable rivers and over 7,000 kilometers of coastline with a great vocation for transporting cargo and passengers”.

Fabio Schettino, CEO of Hidrovias do Brasil, sees opportunities in the development of infrastructure through waterway transport and in the diversification of the country’s logistics matrix. “In countries of continental dimensions such as Brazil, the solution for logistical competitiveness lies in multimodality. The country has an immense waterway network that can be much more explored, facilitating the transport of large loads while generating jobs, preserving the environment and promoting the qualification of workforce in the surrounding communities”, the executive says.

The CEO of Santos Brasil, Antonio Carlos Sepúlveda, points out that global logistics has been tested in recent years and many challenges have been posed. “Brazil was resilient and the industry continued to invest, earning Brazilian foreign trade a prominent position worldwide”, he says.
Source: Wilson Sons 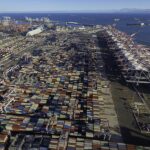