Ras Al-Khair Port has posted its highest monthly throughput ever by handling around 1,060,835 tons last December in a reflection of its unparalleled operational efficiency and reliability.

The historic performance marks a new chapter in the industrial port’s journey as a leading maritime gateway for mining imports and exports while serving the over1all objectives of the Saudi Ports Authority (Mawani) in building a world-class trade infrastructure in the Kingdom as envisioned by the National Transport and Logistics Strategy (NTLS). 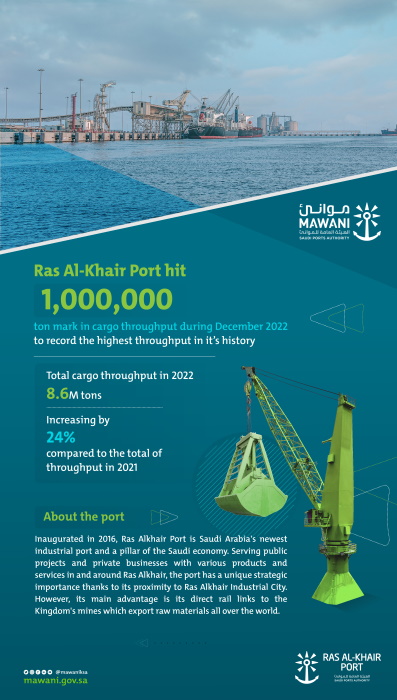 Record books were rewritten several times in the past year by Ras Al-Khair Port, including the highest daily throughput at 91,386 tons as well as the maximum freight handled by a berth in a day at 22,707 tons besides servicing 47 marine vessels in December.

The state-of-the-art port began operations in 2016 to cater to over 100 diverse industrial projects in the city of Ras Al-Khair, the Kingdom’s new mining hub. Built over 23 sq. km., the port features 14 modern berths and a vast fleet of advanced equipment that can handle up to 35 million tons of cargo yearly.
Source: Saudi Ports Authority (Mawani)

Maersk and MSC to discontinue 2M alliance in 2025
Next Article 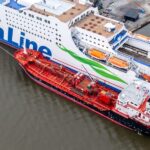