Khalifa Economic Zones Abu Dhabi – KEZAD Group, today announced that it has signed an agreement with Emerging World FZC, the sole importer of PRAN-RFL Group’s products in the Middle East region, to establish a PRAN manufacturing plant to cater to local and regional markets.

The land lease agreement with KEZAD Group has been signed for a period of 30 years.

With almost a third of PRAN’s production capacity from the facility catering to the local market, and 70 percent to be exported to the regional markets, PRAN will play a vital role to ensure food security in the region through Abu Dhabi. 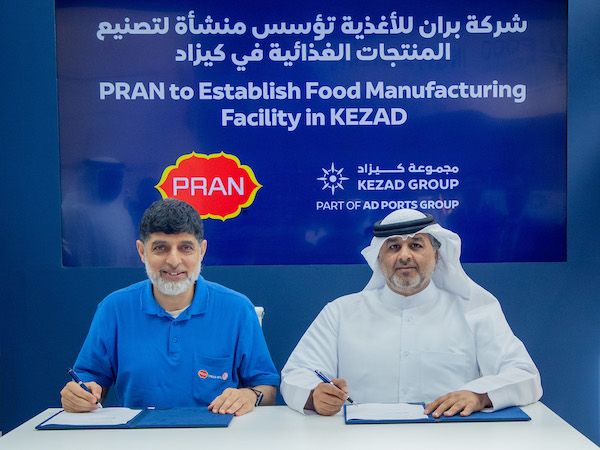 Officials from KEZAD Group and Emerging World FZC during the agreement signing.

Mohamed Al Khadar Al Ahmed, Chief Executive Officer – Khalifa Economic Zones Abu Dhabi – KEZAD Group said “KEZAD Group is delighted to welcome Emerging World FZC, and enable the development of this new manufacturing facility within our expansive food trade ecosystem, an environment that ensures that businesses can thrive in today’s competitive market. Emerging World FZC shares our mission on the importance of securing national and regional supply chains, in line with the vision of our wise leadership to improve access to affordable healthy diets for people across communities.”

Hasan Mahbub, Managing Director of Emerging World FZC, said, “Our agreement with KEZAD Group aims to boost our export to Middle Eastern countries and the establishment of the Emerging World FZC’s manufacturing facility in Abu Dhabi is a significant milestone to expand our business. An initial investment of AED 60 million will be made to set up the manufacturing facilities, with production of different food products including instant noodles, milk added drinks, fruit drinks and confectionery products under the PRAN brand. Initially we expect production revenue to be in the region of AED 160 million per annum.”

Headquartered in Dhaka, Bangladesh, PRAN (Programme for Rural Advancement Nationally) pioneered agribusiness in that market since 1981, by providing farmers with guaranteed prices. Since then, PRAN-RFL Group has become one of the largest food and beverage, agribusiness and plastics manufacturers and exporters in South Asia.
Source: KEZAD Group 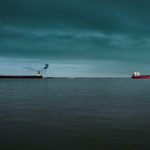