Earlier this month, a joint U.S. Navy / Marine Corps / Coast Guard workforce captured 6,000 kilos of cocaine off the coast of Cabo Verde, 400 nm west of Senegal within the Atlantic Ocean.

A “tri-maritime” workforce of sailors, coastguardsmen and marines aboard USS Hershel “Woody” Williams helped native authorities interdict a suspect vessel on April 1. As a part of the African Maritime Legislation Enforcement Partnership (AMLEP), the workforce carried out a boarding of a Brazilian-flagged fishing vessel in worldwide waters. 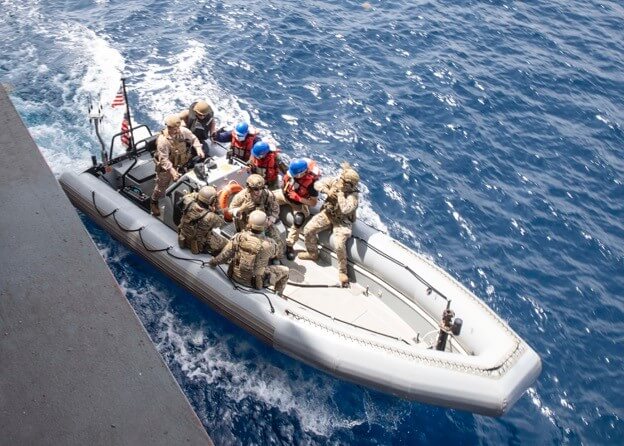 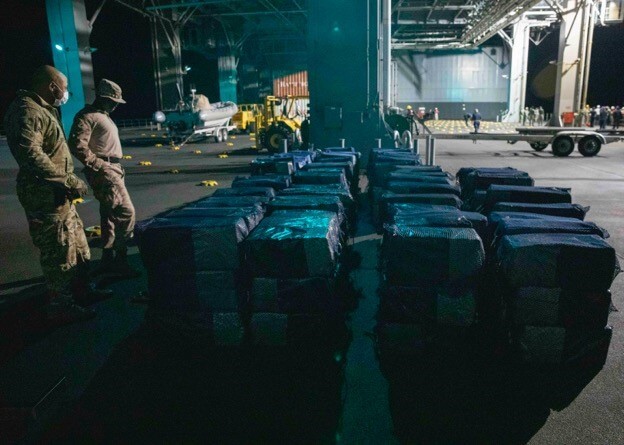 “West African nations face severe challenges at sea, together with unlawful, unreported, and unregulated fishing, in addition to narcotics trafficking,” stated Rear Adm. Anthony Carullo, director of operations, U.S. Naval Forces Africa. “Illicit exercise within the maritime undermines the financial growth of all the African continent. This profitable interdiction sends a transparent message that the international locations of West Africa are poised to boost their nationwide and regional prosperity by intercepting and prosecuting criminality.”

The expeditionary sea base USS Hershel “Woody” Williams is the primary warship completely assigned to U.S. Africa Command. The ESB class relies on a civilian tanker design, and its open decks make it a versatile platform for small-boat and rotary-wing operations.