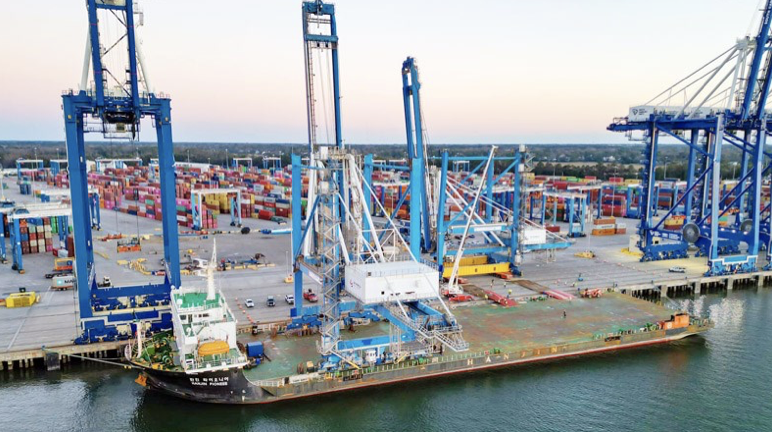 Two ship-to-shore container cranes were removed from Charleston’s Wando Welch Terminal this week. The quay’s gantry cranes, which are fairly large but not as large as the terminal’s more modern units, will find a new home in Canada’s Atlantic port of Saint John, New Brunswick, reports Alphaliner.

They will be placed in the recently completed dock extension module of the DP World-operated container terminal in Saint John, formerly known as Rodney Container Terminal. Seven years ago Saint John already took delivery of two smaller pre-owned STSs from Charleston.
In Canada, these two medium-sized cranes replaced two older, smaller units.
This time, however, the Charleston cranes will not replace the previous units, but rather double the STS line at the Saint John container terminal from two units to four.
The two cranes had already been removed from the Wando Welch Terminal dock some time ago and placed in the yard, where they were prepared for their journey to Canada aboard the transport ship HANJIN PIONEER.

Since Wando Welch is located behind the Ravenel Bridge, the two cranes had to be partially disassembled to fit under the road bed of the bridge.
This means they will have to be re-welded in Canada before they can enter service at Saint John in a few months, Alphaliner concludes. 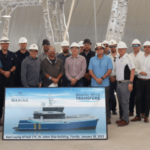