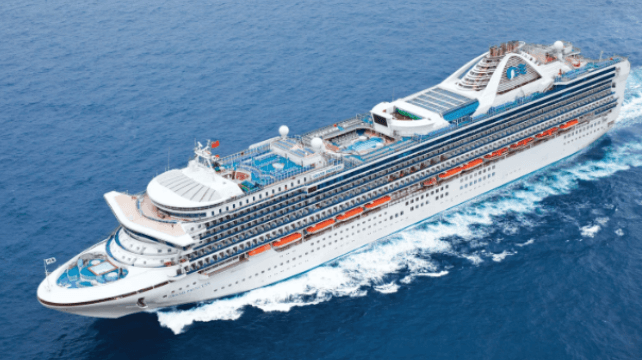 Princess Cruises’ cruise ship the Grand Princess is the latest to experience a significant outbreak with the continuing wave of COVID-19 in Australia. The 107,500 gross ton cruise ship skipped a stop in Newcastle, Australia on Tuesday with some reports saying the local authorities had turned the ship away, while Princess reported it decided to skip the port after consulting with the local health authorities.

Princess Cruises was quick to highlight that like the broader travel industry it is working to contain the fourth wave of COVID-19 currently sweeping across Australia. “With Victoria recording 22,000 cases in the past week, we’d like to take this opportunity to reiterate every precaution is taken on board to keep our guests, crew, and wider communities we visit safe,” Princess Cruises said in a statement released to the Australian media.

The cruise ship which was built in 1998 and has a capacity for 2,800 passengers along with a crew of 1,150, arrived in Newcastle, Australia on November 29 as the last stop on its cruise due to end on December 1 in Melbourne. Reports indicated that there were approximately 2,000 passengers on the cruise which departed Melbourne on November 17 with port calls that included Sydney and Brisbane.

Australia only resumed cruises a few months ago and maintains tight controls. Among the requirements are that 95 percent of the passengers boarding the cruise ship must be fully vaccinated and the remainder also undergo testing. The cruise lines were required to work with the local health authorities and must report any active infections when arriving at the ports. In addition, as the wave of COVID grew in recent weeks in Australia, Carnival Corporation resumed a masking requirement for all passengers and crew aboard, including the ships of Princess Cruises. Masks are required while boarding or disembarking, on buses and tenders, and outside cabins except when eating or drinking. Outdoors they are again required when passengers can not social distance from others.

A spokesperson for Princess said the ship arrived in Newcastle with a “slightly elevated” number of cases while local media is reporting that health authorities said there were a “high” number of cases aboard.

The decision to skip the last port of call, a spokesperson for Princess said in a prepared statement “was made in consultation with NSW Health as the Newcastle and greater Hunter Valley region is managing the current rise in community transmissions including the demand on its local hospitals and healthcare services.”

The Newcastle Herald newspaper reports that the cruise ship was met with ambulances standing by on the dock when it arrived back on November 30 in Melbourne. They are saying that five out of the approximately 2,000 passengers were taken away in an ambulance with at least two requiring additional medical treatment. Local health officials suggested that the ambulances were used to provide the most convenient means of transportation. One additional passenger consulted with the health personnel on the dock but did not require treatment.

This latest instance came just days after authorities in Bali declined to allow another cruise ship to enter port because of the “elevated” level of transmission on board. The Queen Elizabeth operated by Cunard, another Carnival Corporation brand, departed Sydney on November 15 on a two-week cruise, with Bali being its last scheduled port. The media was reporting that approximately 10 percent of the 2,000 passengers and 1,000 crew had tested positive for the virus. The corporation restored its masking requirement shortly after another Princess cruise ship, the Majestic Princess, arrived back in Sydney in mid-November with a report of 800 positive tested among its 3,300 passengers. 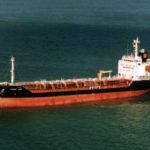