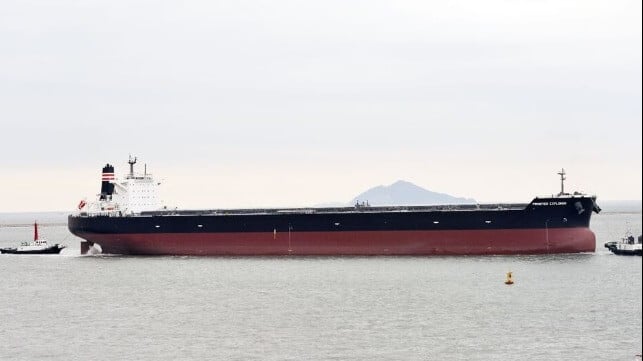 Australia authorities responded to a call for assistance from a Japanese-owned bulker anchored near a coal port in Queensland. The Frontier Unity (181,415 dwt) was reporting water in the engine room measuring up to 22 feet, but in no immediate danger of sinking.

The vessel which is owned by Japan’s Nissen Kaium and operated by NYK was anchored near Hay Point one of the biggest coal ports in Australia. The vessel according to AIS data has been holding approximately 15 nautical miles off the port for weeks. Built in 2012, the 11-year-old ship reportedly is not loaded with coal. The vessel has a crew of 24 aboard and there were no plans to evacuate the ship.

The call for assistance was received around mid-day on January 24 and two tug boats from Hay Point were sent to assist the vessel. Because the ship was anchored within Australian territorial waters, Maritime Safety Queensland and the Volunteer Marine Rescue were leading the response. The Australia Maritime Safety Authority was monitoring the situation.

A spokesperson for MSQ said they had been advised by the ship that a pump in the engine room had malfunctioned. When it stopped working the ship experienced water in the engine room. AMSA in a media statement said it understood that commercial divers had been performing work on the vessel and following the repair work is when the ship began taking on the water. MSQ reported that divers and engineers were being sent to the ship to assist.

By later in the day, they were advising that the situation had been stabilized aboard the Frontier Unity. The tugboats however continued to standby and were prepared to move the vessel to shallower waters in a sheltered area.

Closing of Strait of Hormuz on Iran Parliament agenda
Next Article 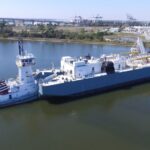 US investment manager Arroyo gets into LNG bunkering