On a recent sailing on Royal Caribbean’s Allure of the Seas, I sat down with a group of media to talk to Jay Schneider, the cruise line’s Chief Product Innovation Officer, about Icon of the Seas.  Icon of the Seas will debut in early 2024 and will be the largest cruise ship ever built.

The first details about Icon of the Seas were released a few weeks ago but many things about the ship are still unknown. Schneider gave us more insight into this new cruise ship and here is what we know so far.

Icon of the Seas will have a little bit of every class of ship from Royal Caribbean.  It’s the cruise line’s first white paper ship in 10 years and they wanted to take the best of everything for the best vacation on the planet.  While the ship has a similar layout to the Oasis class, it is not Oasis’ big brother. It’s a new class of ship that will redefine cruise vacations for years.

The cruise ship was imagined with a hyper focus on what guests want and need on a cruise.

The ship will have over 40 food and beverage options with 23 of them being brand new to Royal Caribbean. Four will be the popular Lime & Coconuts with one of them having a new twist that has yet to be announced.

Icon of the Seas will be Royal Caribbean’s first cruise ship with infinite balcony cabins.  60% of the balcony cabins will be traditional with the remaining 40% being infinite verandas. This will give cruisers more choices when booking a cabin. 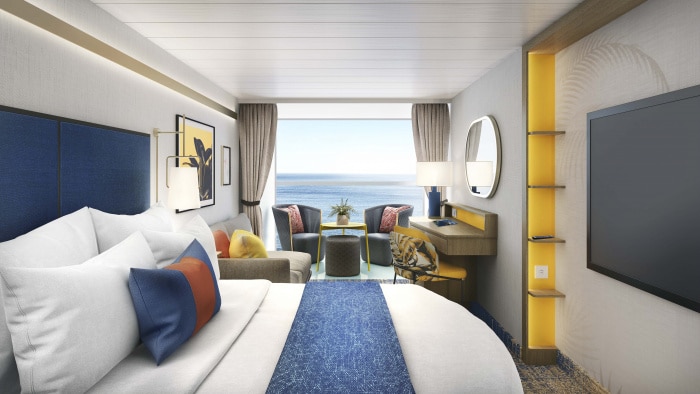 The second level of the Promenade will allow for a 360 walk around with no dead ends. This will also greatly improve the flow of guests in this area. The venues in the Promenade will have open facades to create a larger open space.

It will also be the first cruise ship in Royal Caribbean’s fleet to have escalators to move people from neighborhood to neighborhood with greater efficiency.

Icon of the Seas will have a greater connection to the water than any other Royal Caribbean cruise ship. All pools but one will face out to the water.  Royal Bay will be the world’s largest pool that is on a cruise ship.

View Prices on Cruises on Icon of the Seas

At the aft of the ship will be the world’s first suspended pool at sea that will offer breathtaking views. 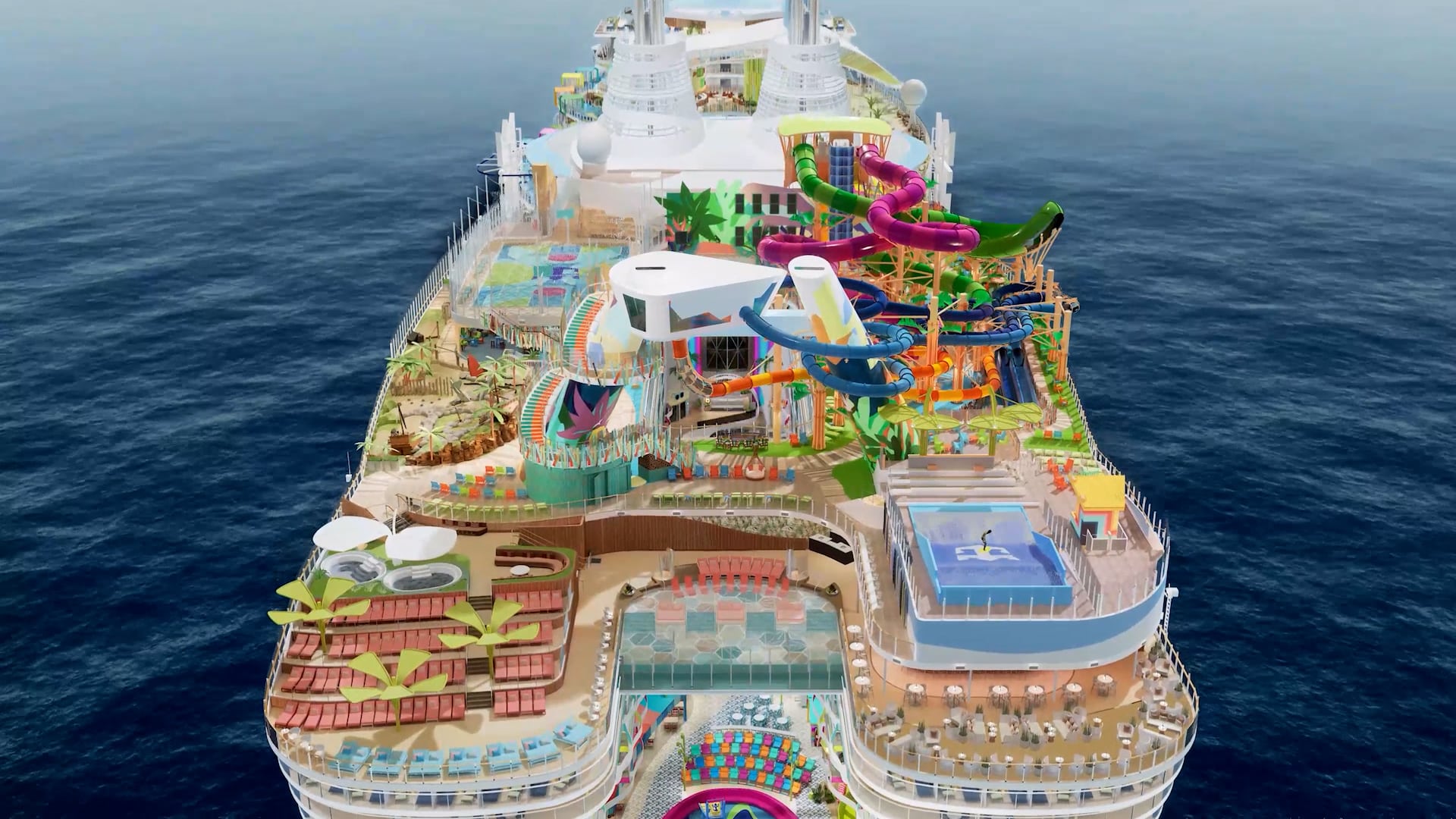 The waterpark will have six waterslides that provide different levels of thrills. One of them will be the tallest drop slide at sea.

There will be more shade and more deck chairs than any other Royal Caribbean cruise ship. It will have the highest percentage of loungers to passengers in the fleet.

Icon of the Seas will not have a Solarium but there will be a lounge in this area.  The massive AquaDome will be located where the Solarium is traditionally located and will offer new entertainment options never before seen at sea.

Central Park will be greener than ever with 20% more trees. You will also be able to easily access Central Park right from the Promenade.

Absolute Zero will be a circular ice skating rink. This will allow for skaters to build up more speed and offer more jumps, spins, and moves during shows.

There’s still a lot that we don’t know about Icon of the Seas. Royal Caribbean said that they will be releasing more details as the ship gets closer to launch.

Icon of the Seas will sail from the Cruise Capital of the World, PortMiami.  The ship will offer seven night cruises to the Eastern and Western Caribbean leaving every Saturday starting on January 27, 2024. View Itineraries on Icon of the Seas

4 New Cruise Lines That Will Soon Be Launching