Home » Icon of the Seas: Culmination of Innovation of Royal Caribbean Ships
Cruise

Icon of the Seas: Culmination of Innovation of Royal Caribbean Ships


When the Icon of the Seas launches service for Royal Caribbean International in early 2024, she will not only be the biggest cruise ship at sea, but will be the result of a 12-to-15-year creative process that is essentially the culmination of building the most innovative cruise ships on the planet, said Jay Schneider, senior vice president and chief product innovation officer for the brand.

“It’s our first white paper ship in about 10 years,” he said, speaking to a group of media aboard the Allure of the Seas on its debut in Galveston, Texas.

It is not just a bigger brother or sister to the Oasis-class, he stressed. 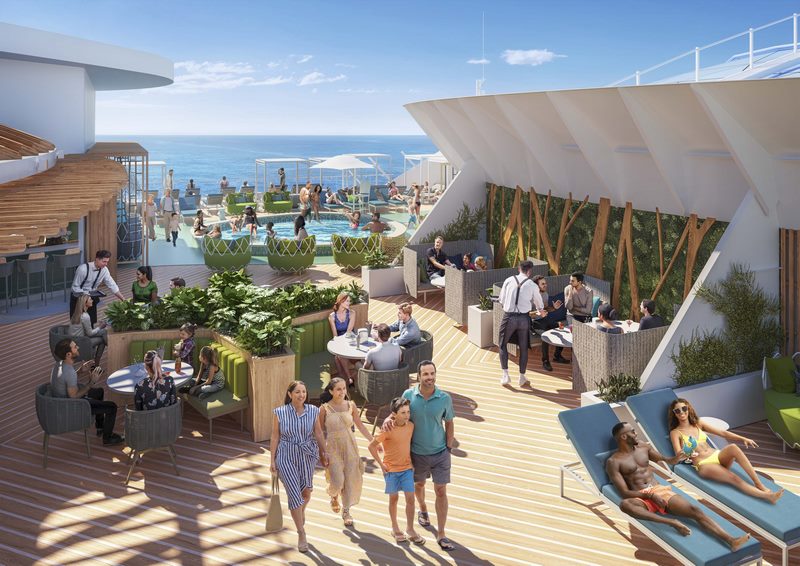 “When we started working on Icon it was smaller, and as we researched what people needed and wanted, it grew over time and we ended up with the largest ship in the world.”

Space has been “over-indexed” he said, meaning more space per guest.

The new ship, which will be floated out in December at Meyer Turku, is a continued evolution of the Royal Caribbean brand, said Schneider, adding that guests are looking “for experiences, not things.”

The new class of ship was designed around five fundamentals, he said, including unrivaled water experiences (including pools, slides and more), adrenaline pumping thrills, the ultimate family vacation, entertainment and food and beverage.

The popular neighborhood concept from Oasis class ships will be back, with some returning and expanded areas and also new concepts.

Schneider also said there will be over 40 food and beverage experiences on Icon, of which 23 will be completely new to the Royal Caribbean brand, plus an added emphasis on what he called “eater-tainment,” blending entertainment and dining together.

Disney Celebrates 25 Years at Sea with Special Sailings in 2023